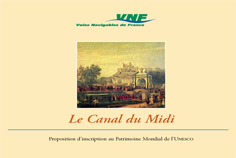 Transmanche is a partner of EurEauWeb Ltd (UK), for publication of the all-in-one satnav guide to European waterways. (France, UK add Ireland editions currently available). The hi-resolution GIS mapping of the waterways is crafted by our cartographic team, and completed by points of interest in 120 categories. European boaters are currently adopting this valuable product, with service information frequently updated.

Extracts of our European, Irish and North American maps are adapted and supplied at different scales for the various authorities for their domestic and international communication requirements. Euromapping thus includes among its clients for tailor-made waterways maps the waterway authorities or promotional organisations in Ireland, the Netherlands, the Czech Republic and South-West France. For all publishing and cartographic services, contact our publishing department.